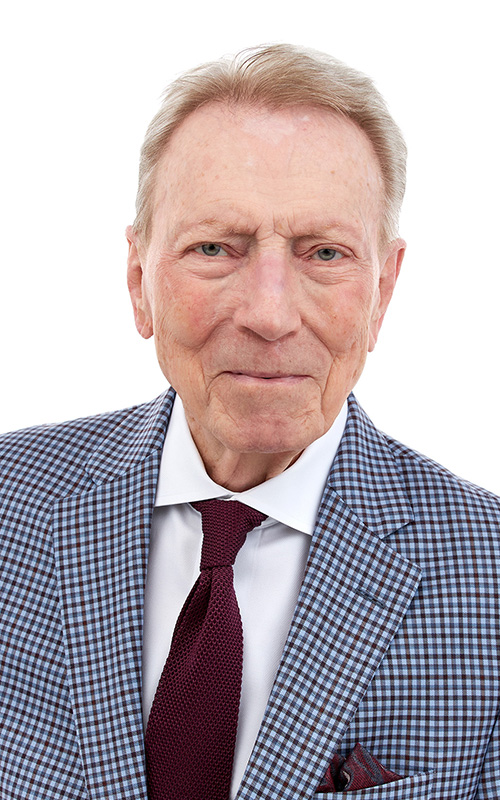 Bill II, as he’s called around the office, is focused on working with clients approaching retirement to develop reliable income strategies and help determine what to do with their 401(k) and other retirement plan assets they’ve accumulated over the course of their careers.

He enjoys building relationships with our clients and prospective clients and putting his extensive financial experience to work implementing their financial and investment plans.

If there ever was a pillar of the community, it is certainly Bill II. He is a former mayor of Longview who served on the city council for 11 years and was honored with the Carl L. Estes Citizen of the Year award*. After his second term, he was appointed to the board of directors of the Sabine River Authority of Texas by then-Governor William Clements. During his 14-year tenure, he served as president of the board for two terms.

In addition, Bill II is a Paul Harris Fellow of Rotary International, a past president of the Longview Rotary Club, a past president of Longview Downtown Kiwanis, the Kiwanis Lieutenant Governor of Texas/Oklahoma, and a former trustee of LeTourneau University. He was the founder of two national banks and a savings and loan association, and served on the boards of two long-established local banks.

As if all this wasn’t enough, he was also an investor in Broadway shows for 10 years, and spent two years as a consultant in the production of “Watch Your Mouth,” a television series that aired on WNET, New York’s PBS station.

Bill was born in Tyler, Texas, and moved to Longview with his family at the age of 5 and has lived here ever since except to attend Baylor University, where he earned a BBA in business management. He is married to Rachel and has three grown children, Bill Rice III, Robin, and Drew. In his free time, Bill enjoys travel, reading, and following sports and politics.

This ranking is not based in any way on the individual’s abilities in regard to providing investment advice or management. This ranking is not indicative of an advisor’s future performance, is not an endorsement, and may not be representative of an individual client’s experience. Raymond James is not affiliated with (referenced organization/entity).

REQUEST A PRAYER FROM OUR FAITHFUL TEAM

OUR DEDICATION TO SERVING OTHERS

Give Us A Call

SEND US AN EMAIL

Raymond James financial advisors may only conduct business with residents of the states and/or jurisdictions for which they are properly registered. Therefore, a response to a request for information may be delayed. Please note that not all of the investments and services mentioned are available in every state. Investors outside of the United States are subject to securities and tax regulations within their applicable jurisdictions that are not addressed on this site. Contact your local Raymond James office for information and availability.